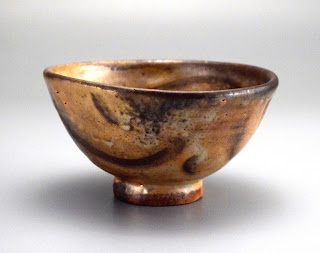 Nicole Wang ( Wang Mei - yun ) has thrown herself whole - heartedly into the field of ceramic - making for more than thirty years, starting right after her graduation from Tunghai University. At her earliest, Nicole studied with much venerated ceramic artist Lin Bao - jia ( 林葆家 ). Later she participated in Li Liang - yi’s ( 李亮一 ) studio at Tian - mu to learn ceramic art from Li and to be his teaching assistant , at the same time taking part in the Intoxicated Clay Exhibitions ( 醉陶展 ) for many years. Thereafter , she started a studio of her own , concentrating on making and teaching ceramics.

Nicole is mainly interested in making vessels of practical use , favoring a simple and refined style which she has developed from many sources . She has been inspired in particular by traditional Taiwanese ceramics , porcelains of the Song Dynasty and the Li Dynasty of Korea , as well as masters of modern Britain and Japan such as Lucie Rie , Bernard Leach and Hamada Shoji .

Nicole loves nature and cooking ; she believes these are the two things that play paramount roles in shaping her ceramic style . In1994 , Nicole visited New Zealand for a year to study western ceramics . While she was staying there , she had close contact with Czech ceramic artist Mirek Smisek . She also traveled widely in Japan , Europe and South Africa to enhance her knowledge of ceramic art.

In recent years , Nicole took part in many joint exhibitions , including a Duo Exhibition of painting and ceramics (「雲淡風清」Tian - mu , 2004 ) and a group exhibition ( 永康街一票人畫廊，2008 ) . All her exhibited ceramic pieces were vessels of practical use .